as I was pondering many things today (mostly the dark chasm that is NFL news right now), I started thinking about my favorite Patriots moments.  With 3 rings and a myriad of playoff berths in the last 10 years, it's incredibly hard come up with just one.  Sure, there's this one: 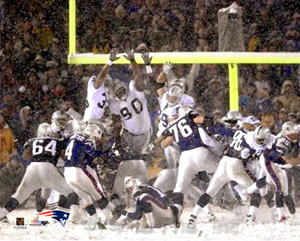 That Adam Vinatieri snow bowl kick was a thing of beauty and made all the difference that year.  Sure, you could point to a billion plays throughout the course of the season that, if they went the other way, that would be the end.  But, what a way to make it happen.  Or this one: 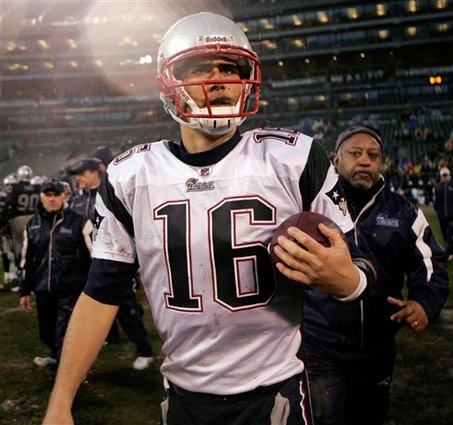 After Matt's father passed away, he showed what he was made of and took the field like a pro, logging a great game. For that, Coach Belichick handed him the game ball.  But, one of my favorite moments was right after Spygate broke.  The week between the Jets and the Chargers was charged with an enormous amount of anti-Patriotism and Belichick hatred...but not in New England.  Walking onto the field for the Chargers game, Coach Bill Belichick got a standing ovation from the crowd.  And I think they echoed the way most of us felt.  No, I'm not dillusional and nor do I think what Belichick did was 100% on the up and up.  I feel like my brother just went to jail: you want to smack him for doing what he did to the family, but you want to hug him in support.  It's a very confusing feeling.  However, the undying support for our Head coach is what I'll remember the most from all that.

Here's your chance to be the writer.  What's your favorite Patriots moment?  If you can find a picture, please do so.  They speak soooo many words.