It would be silly to put anyone else at No. 1, wouldn't it?  Ok, a case could be made for Randy Moss, but I don't think it's a stretch to say Tom Brady is the most important Patriot for 2009.  I once read that when you're trying to pick an MVP, think of the first player you'd want to build a team around.  Yep, Tom Brady.  Aside from being the best quarterback in the NFL, he's rallied this team and its fans to what seems like a frenzy...and training camp hasn't even started.  The thought of Wonderboy under center has got the Patriots faithful jazzed up and rival fans nervous.  If they're not nervous, they better pull their collective heads out of the sand.  This is the return of the best.  This is a guy with an axe to grind.  This is the 2007 Tom Brady...with better receivers.  Oops, did that slip out?

With four trips to the Super Bowl and three wins, it's easy to see why many in the know consider him one of the greatest to play the game.  And if you think, for a minute, that quarterbacks don't have a lot to do with wins, that winning games is solely a team accomplishment, I have some pretty, pink pills for you.  Even a Pop Warner rookie knows quarterbacks, in most every case, have a greater impact on a team win than any other position.  It's surprising how many "educated" fans still fail to realize that, yet will still claim, out of the other side of their mouth, that their QB "drove down the field to get the win" or "has more come-from-behind wins" than the other guy.  I have a picture for you: 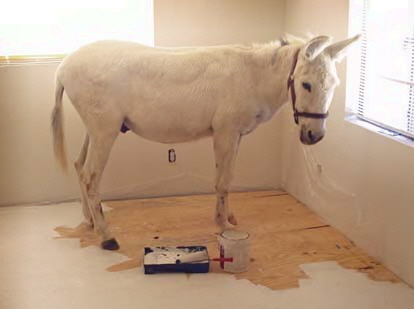 At any rate, Tom Terrific is back.  SlotMachinePlayer has told me to stop worrying about his knee, so I will.  Let's lineup Randy Moss and Wes Welker on one side with Greg Lewis on the other and watch defensive backs ask for Mommy.  Need a decoy?  I give you Joey Galloway.  Or maybe Joey has a few gallons left in his tank and just when defenses think he can't be productive, that he's JUST a decoy, let's watch the "Old Man" cruise by the young bucks after pulling down a perfect Brady spiral.

Yes, I'm being a massive homer, but why not?  MY quarterback is back from a year long hiatus and appears to be pretty healthy.  His receivers are stoked he's back, his fans are stoked he's back, and I'm sure Belichick and Kraft are dancing behind closed doors while publicly saying, "Great to have Tom back.  Glad he's healthy.  Looking forward to a good 2009."  That was my best Belichick imitation, btw.