T.O. regarding Patriots vs. Bills matchup - "I might bring my spy camera out"

Share All sharing options for: T.O. regarding Patriots vs. Bills matchup - "I might bring my spy camera out"

Normally, I don't get all lathered up about these things.  Many times, stupid things just fly out of player's mouths.  It's easy to get tripped up during an interview and say dumb stuff.  The problem is Terrel Owens is usually stupid on purpose.  Yes, I know, he's just trash talking and I shouldn't make a big deal about it.  But how long ago was Spygate?

It started earlier in the day when reporters asked Bill Belichick about Owens. Belichick simply replied that Owens saw such limited time in the preseason (he's nursing a sprained toe), that the Patriots had to be prepared for the Bills to utilize Owens in any number of different roles.

Those comments were relayed to Owens on a conference call this afternoon with the New England media and he was asked if he had anything up his sleeve for the Patriots.

"Nah, nothing up my sleeve," said Owens. "I might bring my spy camera out, though."

This is silly on so many levels.  Belichick is actually COMPLIMENTING the guy, essentially saying he's dangerous in so many different ways and T.O. is too thick to grasp it.  Instead, he retorts with the classic, Idiotic-Pats-rival-fan-comeback: "Huh, huh, Spygate...huh, huh."  (use your best Patrick from "SpongeBob Squarepants" voice).

Yes, it's T.O. being T.O. and I should ignore it.  I wonder how Hoodie is handling it, though.  Maybe posted on some bulletin board somewhere?  Maybe right on a certain, recently acquired cornerback's locker?  Can't recall his name.  Wait...Springs, Shawn Springs.  Shawn?  You have my permission to stuff Owens until he cries like a schoolgirl. 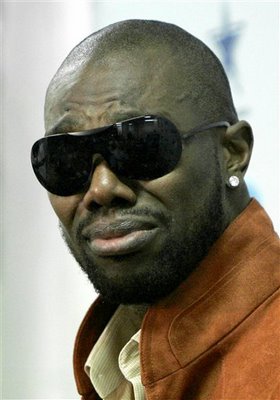