Adalius Thomas wants to stand up and be different

Share All sharing options for: Adalius Thomas wants to stand up and be different

The signing of former-Ravens linebacker Adalius Thomas in 2007 has harvested such wonderful fruit for the Patriots defense. Considering that Thomas was brought in to, essentially, replace former-Patriots great Willie McGinest, it goes without saying that his 4.8 sack average per season since his signing shows how simply awesome Thomas has been for the Kraft family and their franchise. It doesn't matter that Adalius averaged nearly double the sacks numbers with the Ravens prior to signing his big payday with the Patriots.

It's the intangible that he brings to this franchise that makes him great!

The man, the myth, the legend that is known in friendly cricles as "Pimp Juice" exhibits a willingness to stand up and lead not by doing things "The Patriots Way," but by doing... well, nothing. Yes, we admit that it does sound odd, but we also admit that we like the musical Les Misérables. On some level known only to us, those two points make total sense.

We also know Adalius is clearly the soft-spoken, team-oriented guy the Pats fully expected him to be. However, that has not stopped him from attempting to rise above the rank-and-file in the Patriots organization and become something more than just a simple, multi-million dollar linebacker for a top tier NFL franchise.

Indeed, in 2010, Adalius has decided to break the trend and be a more outspoken, upfront leader. To kick-off this new effort, Adalius' first course of action is to be the only Patriots player not to show up for voluntary workouts.

Adalius Thomas was not with the Patriots [team stats] yesterday for the start of the team’s offseason program, based on an e-mail the linebacker sent last night to the Herald.

Many expect the linebacker, who was at odds with coach Bill Belichick last season, will be released soon.

As a result of every player making the voluntary off-season training, except for Thomas, he made his case of being different by not showing up. And because he is making this effort to be different, this means we fully expect the Patriots to name him team defensive captain for the 2010 season.

Then, shortly after accepting this honor, we expect the Patriots to cut him.

Sadly, being different from the norm in New England may get you Defensive Captain honors, but for some reason they do not guarantee you this thing many football experts refer to as a "roster spot." However, do not feel sorry for Adalius. Our research shows that his new brand of leadership and dedication will be much more welcome in Oakland. He'll probably make more money there as well. 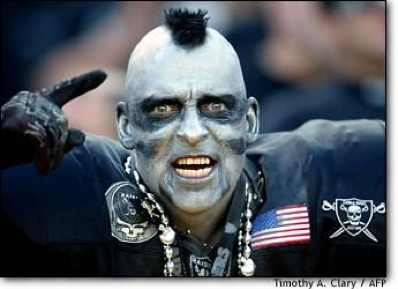