Share All sharing options for: Patriots-Saints Morning Practice: View From The Bleachers

That conversation took place in the stores, offices, garages and workshops of the thousands of fans that packed the field behind Gillette Stadium this morning to watch the Patriots and Saints practice.  Our group took a vacation day for the privilege, and sweltering-melting heat aside, it was awesome to watch.

We arrived at 8:30 with players from both teams already on the field in full pads, milling around, playing catch, and just loosening up and chatting for the first 15 minutes or so before stretching and warm-ups.

9:00 AM - Saints have the far field, Patriots near the bleachers.  Each field was broken in half by offense and defense for drills at jog-through speed.  Belichick was clearly running the defense here, calling plays and letting the defense jog through the play.

9:15 AM -  The team separated for position-specific drills, DL, DBs, STs, QBs with WRs, RBs, OL, and TEs.  Interestingly, the O-Linemen kept their usual spot on the far field all the way to the right.

9:45 AM - Full team-on-team special team scrimmages for punt work with Mesko getting some good experience with real pressure.

Continued after the jump... 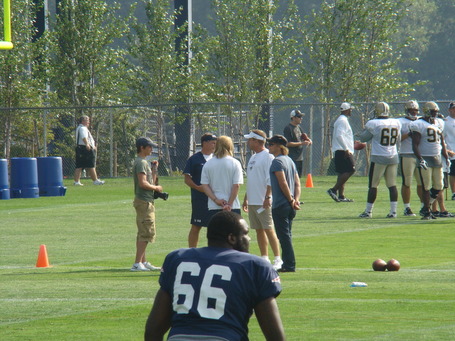 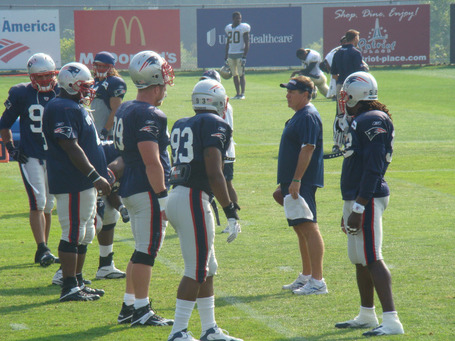 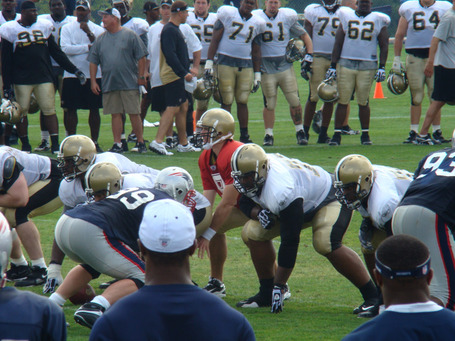 Brady and the WRs against the Saints D 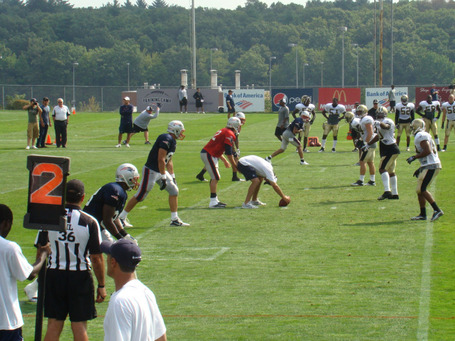 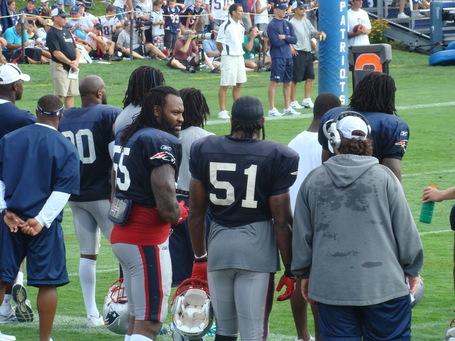