The Patriots have a ticket to the Dance (but haven't won anything yet).

Share All sharing options for: The Patriots have a ticket to the Dance (but haven't won anything yet).

This has been quite the entertaining season, so far. From the draft (netting two Tight-Ends), to the preseason injuries of Bodden and Warren, to the loss of Faulk, to shipping out Maroney and Moss, to figuring out what a Woodhead is, to Branch's revival, to .... As a football ogler, I've been amused at all of the comings and goings. The 14-2 record setting regular season has been immensely rewarding, and it has been fun to guess who will step up each and every week. In the end, though, 14-2 just buys us a ticket to the dance, nothing more. This time of year, every team is 0-0, and when the guy taps you on the shoulder you're done. Put away the dancing togs, and hang up the pointy shoes, the season is over. 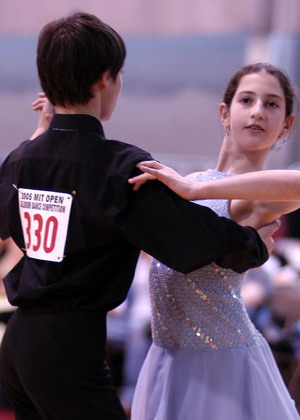 The Patriots next dance partner will be either the Jets, the Ravens or the Chiefs. Lets look at each after the jump.

The last time we met these guys, the Patriots won 45-3. We also lost to them 14-28 in week 2. Familiarity breeds uncertainty in the NFL, though. It's difficult to beat a team 2 or 3 times in the same season (the Pats, for instance, beat the Giants 2 out of 3 times in 2007). Right now, though, I'd say that we have the Jets number. While they'd be highly motivated to beat us, after the last outing, it would be the Patriots game to lose.

The last contest, a 23-20 overtime win in week 6, helped take some of the sting out of the playoff loss last year to these guys in Gillette (14-33 loss). The Ravens still have some swagger from their playoff win, but Brady, Wilfork, and Mayo have the motivation here. If the dirty birds land in Gillette, there will be no mercy given on either side. This is the contest I want to see. This is the one that will bring out the angry Brady, and turn Wilfork into a man possessed. This one will be good football.

The Chiefs (AKA Patriots West):

Here's some of the names you might recognize: Scott Pioli, Charlie Weis, Romeo Crennel, Matt Cassel, Ryan O'Callaghan, and Mike Vrabel. Some of these guys even have Patriots Super Bowl rings. While these guys have a dynamic offense, it's more the coordinators I'm worried about. They know a little too much about the Patriots for my taste. Still, Belichick is the master, and the Chiefs are only 10-6 after a ridiculously easy schedule in which the only playoff teams they played were the Colts (loss) and the 7-9 Seahawks (win). In fact, I don't think they beat anybody with a winning record. Beating these guys would be like beating up on your kid brother.