The Xfinity extra point poll for week 10 of the 2012 NFL season.

This week's edition of The Extra Point Poll presented by XFINITY is here. But before we delve into this week's poll participants, here are the top Twitter stories leading in to the games on Sunday.

The @HoustonTexans face the @ChicagoBears in a potential #SuperBowl matchup. Both defenses will look to flex their muscles in a battle of 1 loss teams.

The @eagles & @dallascowboys face off in a divisional game, each (3-5), needing a win to stay in the hunt. Love is never lost between these rivals.

The @Atlanta_Falcons will have a field day against the 32nd ranked @Saints D. In a shootout, expect huge #FantasyFootball numbers all around.

The @Denver_Broncos are ranked in top 10 on both sides of the ball. Now, they face the @Panthers, who are trying to build on last week's win.

Last week, the poll pitted Marshawn Lynch against LeSean McCoy. On the field, their thunder and lightning styles couldn't be more contrasting, but their results were almost identical in week 9. Both backs rushed for over 100 yards, though Lynch squeaked out the victory (124 yards on 26 carries, 4.8 YPC) compared to McCoy (119 yards on 19 carries, 6.3 YPC).

This week’s question takes a look at two running backs hoping to feast on some of the worst rush defenses in the NFL. The Dolphins Reggie Bush hosts the Tennessee Titans, while Ray Rice takes on the Oakland Raiders.

The Titans, ranked last in fantasy points allowed to opposing running backs at 33 points per game, will face a motivated Reggie Bush, who has been simulating this game all week long on Madden 13 in anticipation of their matchup. On the other hand, Ray Rice will face a Raiders rush defense which last week gave up 251 yards and 4 TDs to Tampa Bay running back Doug Martin. This performance is still fresh in the minds of Raiders linebackers and Ravens Offensive Coordinator Cam Cameron.

Which running back will have the most RedZone rushing yards in Week 10: Reggie Bush or Ray Rice? 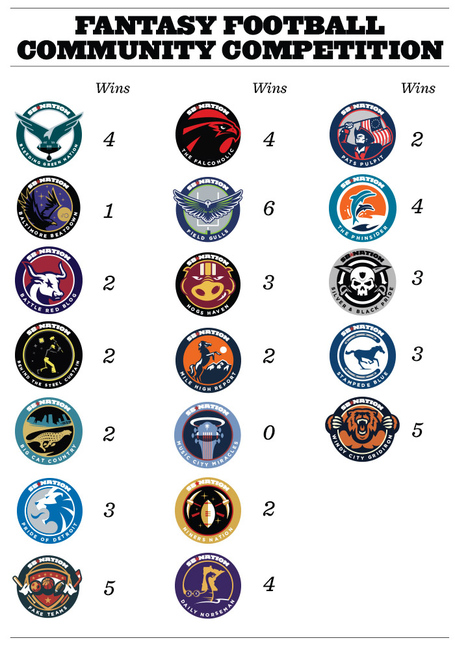