Just like that, Leon Washington is a New England Patriot. Washington and the Patriots agreed to terms on a one-year contract. He figures to help the Patriots on special teams as a return man.

Which included this picture: 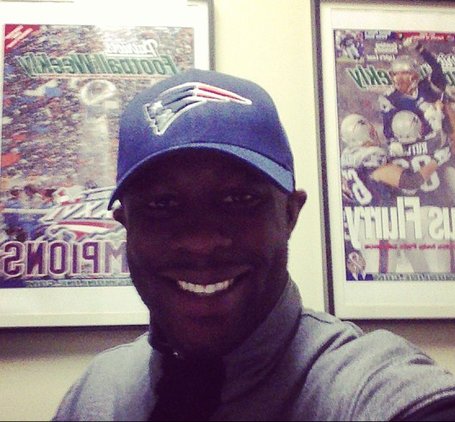 Which means Washington is a Patriot. It's a one-year deal, according to multiple reports. This comes one day after the Pats lost Wes Welker and added Danny Amendola, so they're staying busy into the second wave of free agency.

As Greg Knopping wrote, keep an eye on Danny Woodhead because this could affect him.

Washington, 31, is tied for the NFL record with eight kick return touchdowns and he's still one of the league's better return men. Last season he was second in the league, averaging 29 yards per return. Washington is a running back but it's unclear how often he'll be used considering he had just 23 carries last season.