"Super Bowls and Tim Tebow, I can see in the distance...I think they're calling our names. Maybe now you can't see them, but you will... If you just catch Tim Tebow's pass." - (Not) Josh McDaniels

Share All sharing options for: The Josh McDaniels Experience

Tim Tebow has signed with the New England Patriots and the media has already dubbed the move as the "Boston Tebow Party." I don't expect Patriots fans to head down to Boston Harbor and throw their Pats apparel into the water either as a protest against Bill Belichick -- or their Tom Brady jerseys away as a means of support for the move -- but the acquisition has certainly created a lot of cognitive dissonance for fans of the team and the NFL.

Some love it, some hate it, but here's the thing: what you or I think of the move, or what any media pundits and "experts" feel about it...none of it matters. It remains to be seen how Tebow fits in with the Patriots, so any amount of analysis really does no good at this point.

For one, we don't even know what type of role he'll have. Is he a quarterback? An H-Back? A tight end? A full back? Who knows? He might get cut during training camp; he could score five touchdowns this season; he might even be the heir apparent to Tom Brady in a Joe Montana to Steve Young type of transition. 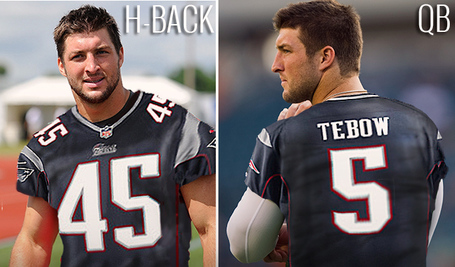 One thing I do know is that this move 100 percent confirms something that has been on a lot of people's minds: Bill Belichick clearly trusts and respects Josh McDaniels enough to allow to bring some of "his guys" to the team.

That is what brings us to "The Josh McDaniels Experience."

After loads of success as the New England Patriots offensive coordinator, Josh McDaniels went on to be the head coach of the Denver Broncos. After an amazing 6-0 start to his head coaching career, including an overtime victory over the Patriots, things quickly went downhill for him, finishing the year with only an 8-8 record.

After drafting Tim Tebow in the 2010 draft, neither Tebow nor Kyle Orton could do anything to save his job. After starting that season 3-9, McDaniels was fired after a videotaping scandal put the nail in the coffin on his run in Denver. In 2011, he signed on as the offensive coordinator of the St. Louis Rams. The Rams went on to finish the year 2-14, with the 32nd ranked scoring offense.

Despite McDaniels' lack of success with Denver and St. Louis, the Patriots brought him back during their 2011/2012 playoff run as an offensive assistant coach. With Bill O'Brien on his way to Penn State, McDaniels was immediately named the team's offensive coordinator that offseason. 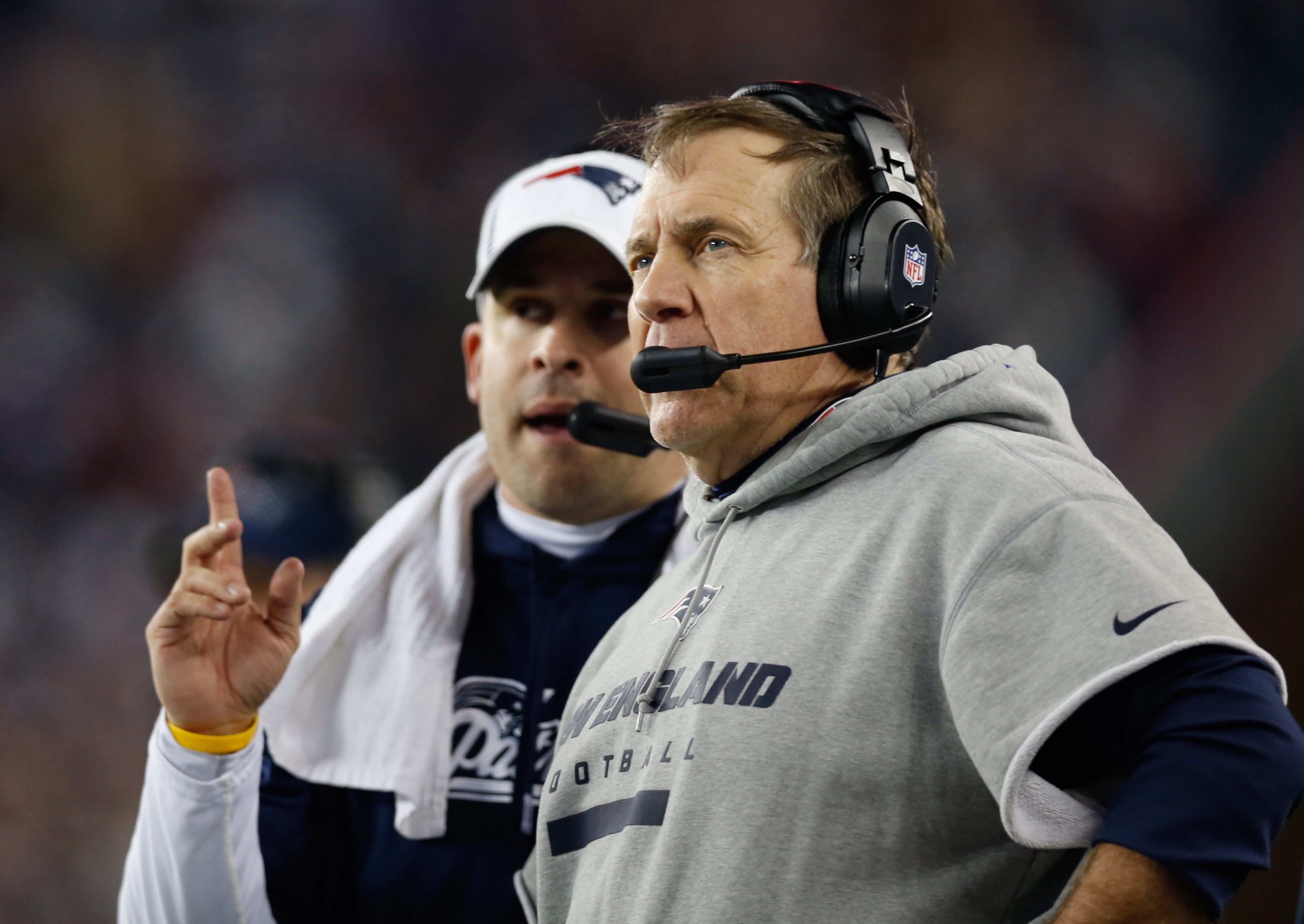 Greg Salas didn't play in a single game and was released in November. Brandon Lloyd only had mild success with the team and was let go earlier this year. On the other hand, "Hoo-man" did an adequate job filling in for both Aaron Hernandez and Rob Gronkowski; he was resigned by the Pats to a one-year deal.

Bill Belichick's trust in Josh McDaniels has become even more apparent this offseason. First, the Pats let go of longtime wide receiver, Wes Welker, and signed Danny Amendola. Even though Amendola only played one game with McDaniels, he still spent time learning the playbook, and got to know him off the field and in meetings. I believe that the Patriots would've been more likely to increase their offer to Wes Welker had Josh McDaniels not vouched for Amendola.

Regardless of that situation, the thought that McDaniels could influence Bill Belichick's decisions was supported yesterday afternoon when news broke that Tim Tebow was going to be signed by the New England Patriots.

Of course, Bill Belichick doesn't let anyone make decisions for him; he certainly has a very tight knit group of football minds that he trusts...but Josh McDaniels is one of them. 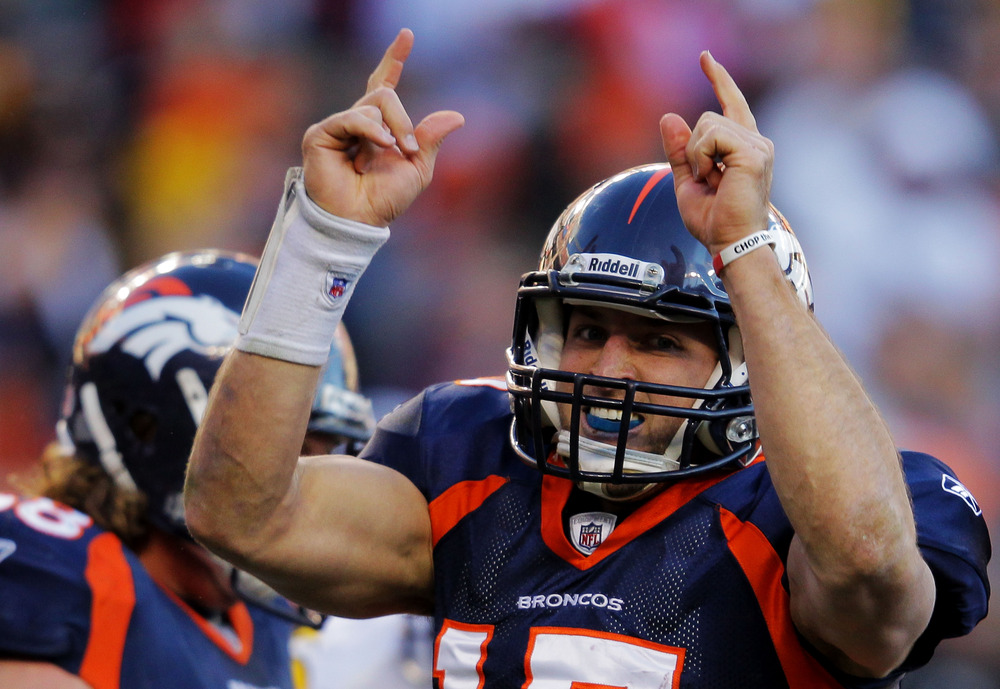 Tim Tebow is the player that McDaniels was willing to gamble on during the 2010 draft -- with his job already on the hot seat -- and is the quarterback that helped lead the Denver Broncos to the playoffs during the 2011 season.

He's also the guy that lost his job to one of the greatest quarterbacks of all time, Peyton Manning, and then didn't get a chance to perform behind one of the worst in recent memory, Mark Sanchez. Nobody wanted Tim Tebow this year, yet, here we are: Tim Tebow is a New England Patriot.

Josh McDaniels is a unique coach and I believe that's why Bill Belichick is willing to trust him. Like Belichick, McDaniels is always thinking ahead of the curve. 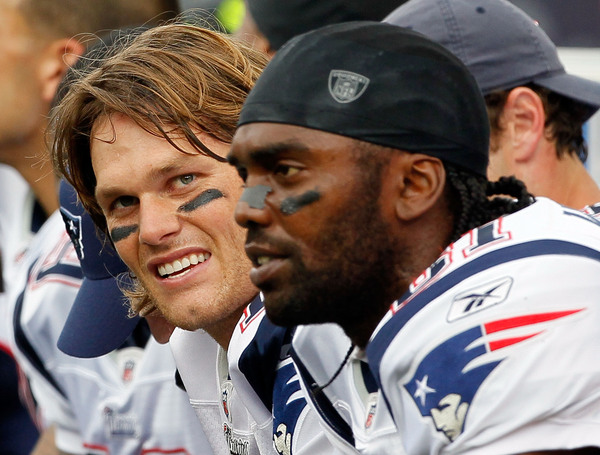 Back in 2007, New England assembled one of the highest-powered offenses that the NFL had ever seen. The Pats went 16-0, in large part because of the perfect chemistry that Josh McDaniels and Tom Brady were able to build, and thus paved the way for some of the offenses we see in today's NFL. With Denver, McDaniels took a big risk on Tim Tebow. Tebow had success in his rookie year, mostly out of red zone packages, rushing for six touchdowns and passing for five. Tebow went on to accomplish even more under coach John Fox by showing off his unique playmaking ability and aiding the Broncos in reaching the playoffs.

It's this forward thinking mindset that links Bill Belichick and Josh McDaniels. Both men are always looking to be a step ahead of their opponent and sometimes that involves taking risks. Josh McDaniels drafting Tim Tebow in the first round is like Bill Belichick deciding to go for it on 4th and 2 from his own 30-yard line. Neither moved worked out, but again, it's this mindset that allows them to connect and trust each other.

Bill Belichick probably sees a little bit of himself in Josh McDaniels and that's why he values his input so much. Of course, Bill wouldn't sign any player that McDaniels requests, but he obviously has reached the point that he greatly values what Josh suggests to him.

Could it be more obvious? Over the course of about one full year, the Patriots have brought in five players that have been on a Josh McDaniels roster. Sure, nothing has totally worked out yet, but that is part of the experience. It's the experimentation, the trial and error aspect of trying out new things to help your team. Sometimes it works, sometimes it doesn't.

In Josh McDaniels' case, he didn't have much success outside of New England, but so didn't Bill Belichick in his first experience as a head coach with the Cleveland Browns. Had he gotten more time, he may have eventually won a Super Bowl with the roster he was building, but it took more time and patience than the Browns organization was willing to give him. 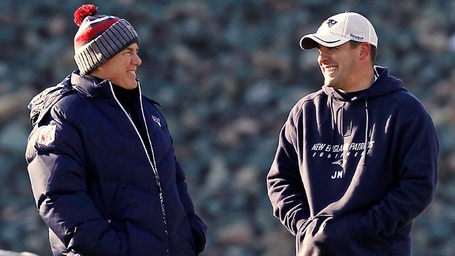 Any plan needs support and I believe that is what Bill Belichick is willing to give Josh McDaniels. Two unique minds have come together and are willing to do something that usually goes against the grain. Belichick and the organization were clearly willing to give McDaniels their blessing to let the Tim Tebow experiment continue with the New England Patriots.

That's what the Josh McDaniels experience is all about: Experimentation. Risk. Upside. Potential. The New England Patriots have the luxury of allowing this experience to potentially be something special. Will the Josh McDaniels Experience work out? Well, that's anybody's guess, but it's the fact it's being given a chance that counts most.

The point is to give this all a chance before passing judgment. Are you willing to see through this experience? Are you experienced? Give Josh McDaniels a chance to prove it can work.