Foxborough, MA -- The New England Patriots were extremely impressive over the course of their first four practices during their 2013 training camp. With easily over 6,000 fans once again in attendance, Tuesday afternoon's practice was no different as the Patriots practiced for over two hours under the hot summer sun. into the Patriots Hall of Fame. After the ceremony, the Patriots took the field for their second full-pads practice. 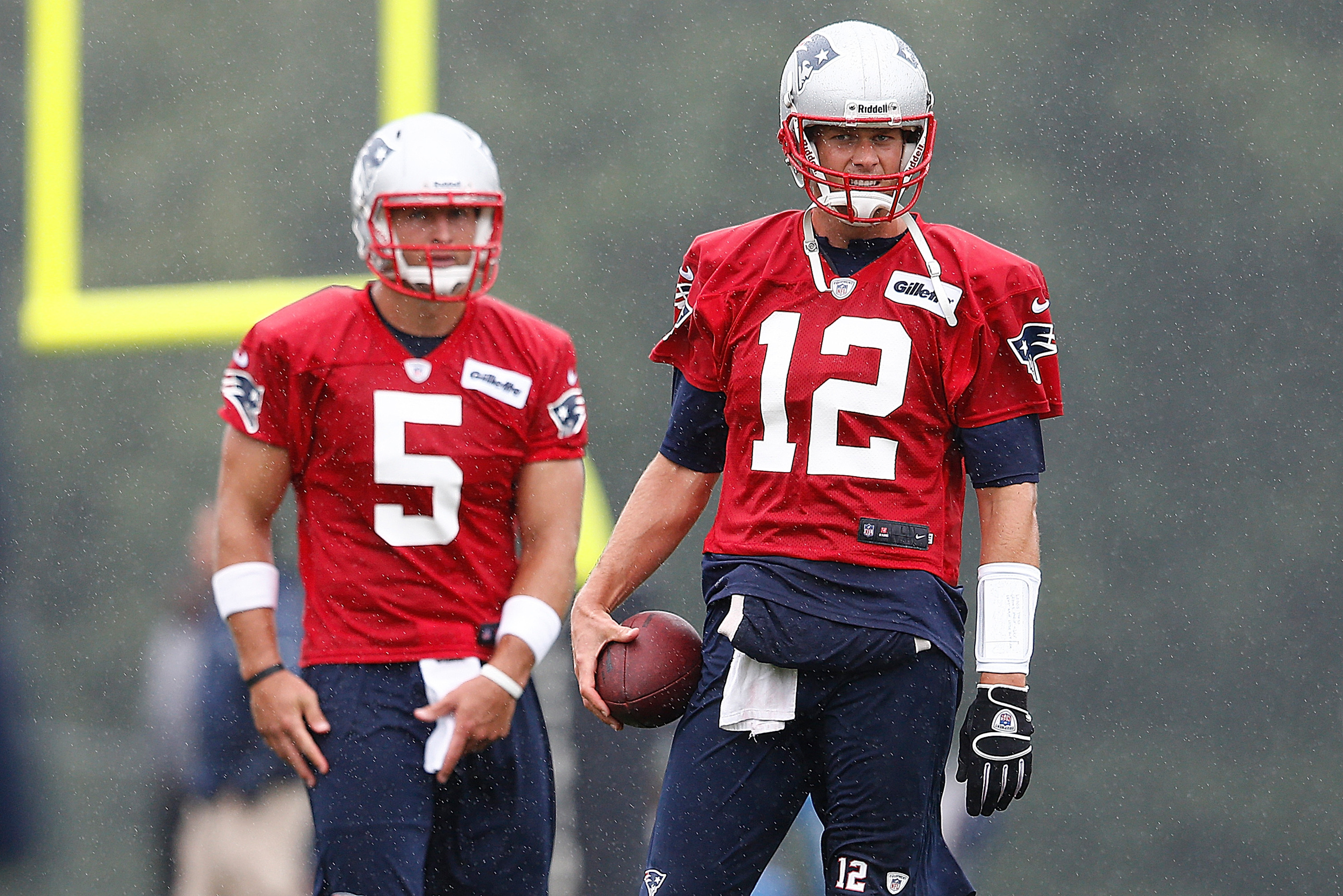 After a sloppy performance on Monday night, Tom Brady and Tim Tebow had terrific performances on Tuesday. Besides a few overthrows on goal line drills, Tom Brady was on target all afternoon long. Brady and Danny Amendola seem to be building chemistry every day and I look forward to seeing them in live game action. One of the top plays of the day was a stunning one-handed catch by tight end Zach Sudfeld. Even though it was a difficult grab, Brady put it perfectly over the head of Adrian Wilson, who had pretty good coverage on the play. In my opinion Tim Tebow made the pass of the day when he threw an absolutely perfect deep ball to Lavelle Hawkins during one-on-one drills. Cornerback Logan Ryan couldn't have played the ball better but Tebow put the pass right into his breadbasket. Tebow has improved everyday and I think he could potentially pass Ryan Mallett on the depth chart.

Mallett wasn't able to bounce back from his bad night on Monday. He made a few good passes during 7 on 7s, including one where he nailed Matthew Slater down the left sideline but it was dropped. Mallett lacks consistency and seems to struggle whenever there is any amount of pressure. I can't help but think that Mallett needs to take some heat off the ball when it comes to intermediate routes. On a short five-yard pass to Kamar Aiken he fired it in, forcing a difficult catch. Aiken dropped the ball and there is no excuse for that, but in my opinion Mallett needs to improve on his touch in order to make things easier for the receiver.

I was disappointed to see that Aaron Dobson was missing from practice today but Nick Underhill of MassLive.com reports that he was cleated during Monday night's practice and will return to practice on Thursday. Though he was spotted hobbling on the field late today, the injury appears to be minor so hopefully he is up to full-speed on Thursday. 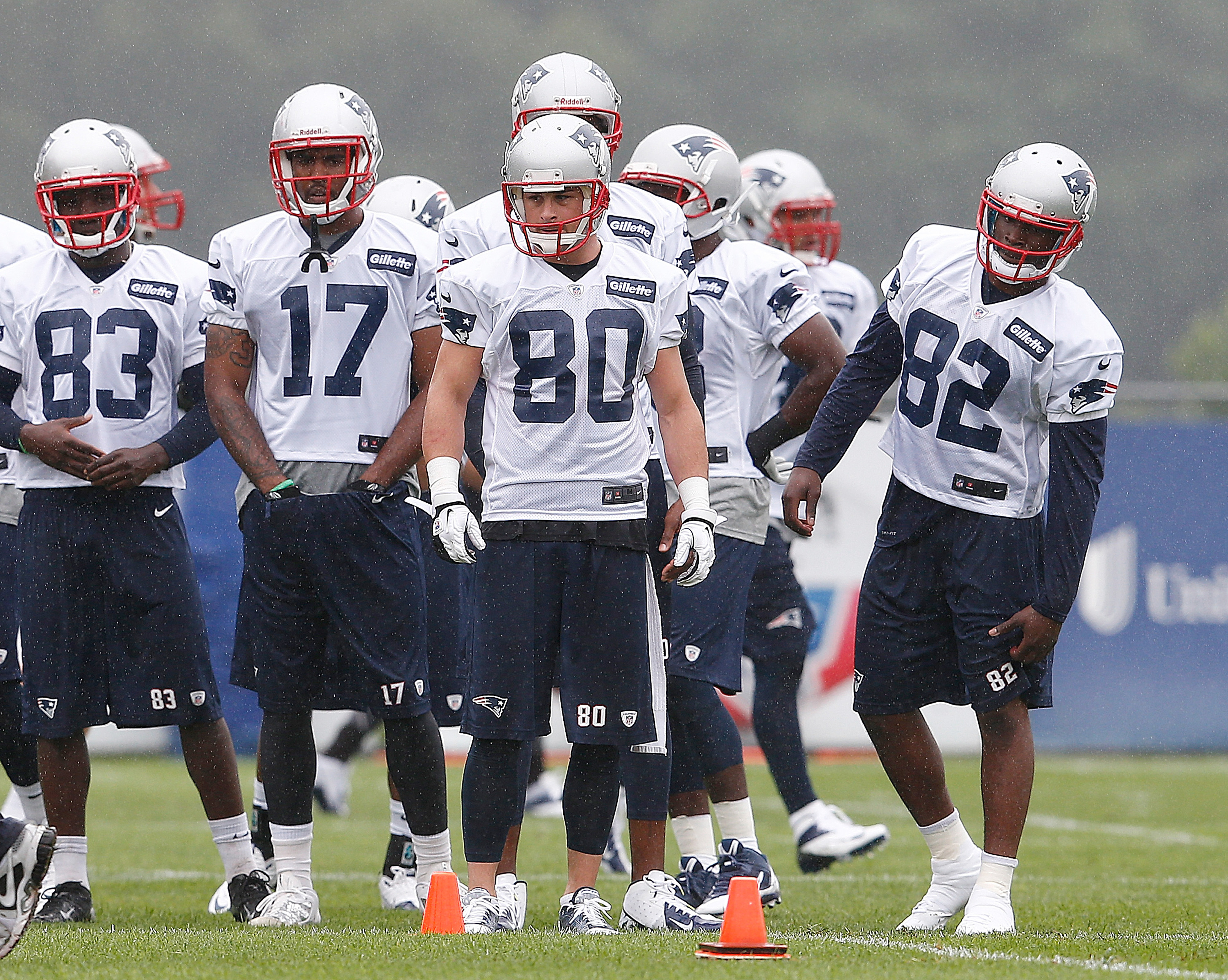 Maybe I'm jumping the gun here but I have to say this: I believe Danny Amendola is a better wide receiver than Wes Welker. In only five days of training camp I have been extremely impressed by Amendola. Factoring in what he did throughout his career in St. Louis, I think he does everything that Welker can do out of the slot, with the added bonus of being able to line up on the outside and stretch the field at a much higher level than Wes. He's faster, has a longer wingspan, and his footwork is on par with Welker. I know its early and there is no guaranteeing that Amendola performs better than Welker has, but I believe he is a superior athlete and football player. When Amendola was signed I had expected him to catch between 70-to-85 passes this season, not because he isn't the player Welker is, but because Aaron Hernandez would've seen an up-tick in targets. Considering the Hernandez situation, I fully expect Amendola to catch over 100 balls once chemistry is in full swing with Tom Brady.

Both Josh Boyce and Kenbrell Thompkins continue to outperform veterans Michael Jenkins, Kamar Aiken, and Lavelle Hawkins. Thompkins had one of the top plays of the day when he ran a deep pattern to the left side of the end zone. The ball was slightly underthrown but Thompkins came back to it and leaped over both Kyle Arrington and Devin McCourty to make the catch. Thompkins managed to rebound from his terrible performance on Sunday night, and I hope to see him continue like this going forward, much like the way he started camp.

Josh Boyce has the ability to line up at different wide receiver positions and his savvy footwork will prove to be valuable once he develops more experience. During one-on-one drills he beat Kyle Arrington three times but one of his more impressive plays came during goal line drills. Lined up as the X-receiver on the right side of the field on a third-and-goal-to-go play, Boyce ran a short two-yard route towards the middle of the field; Ryan Mallett underthrew him but Boyce made a shoe-string catch as he fell to the ground. Instead of letting the play end, he played through the whistle and crawled his way into the end zone. In addition to his skills as a route-runner and an athlete, I thought this single play showed Boyce's character, effort, and desire to be a successful wide receiver.

Right guard Dan Connolly spent a lot of time playing right guard with the first team at the start of practice. Marcus Cannon, who had previously been receiving reps while Connolly returned from offseason shoulder surgery, instead lined up as the right tackle with the second unit. Towards the end of practice both Cannon and Connolly appeared to receive less reps; Tyronne Greene was instead with the starters. 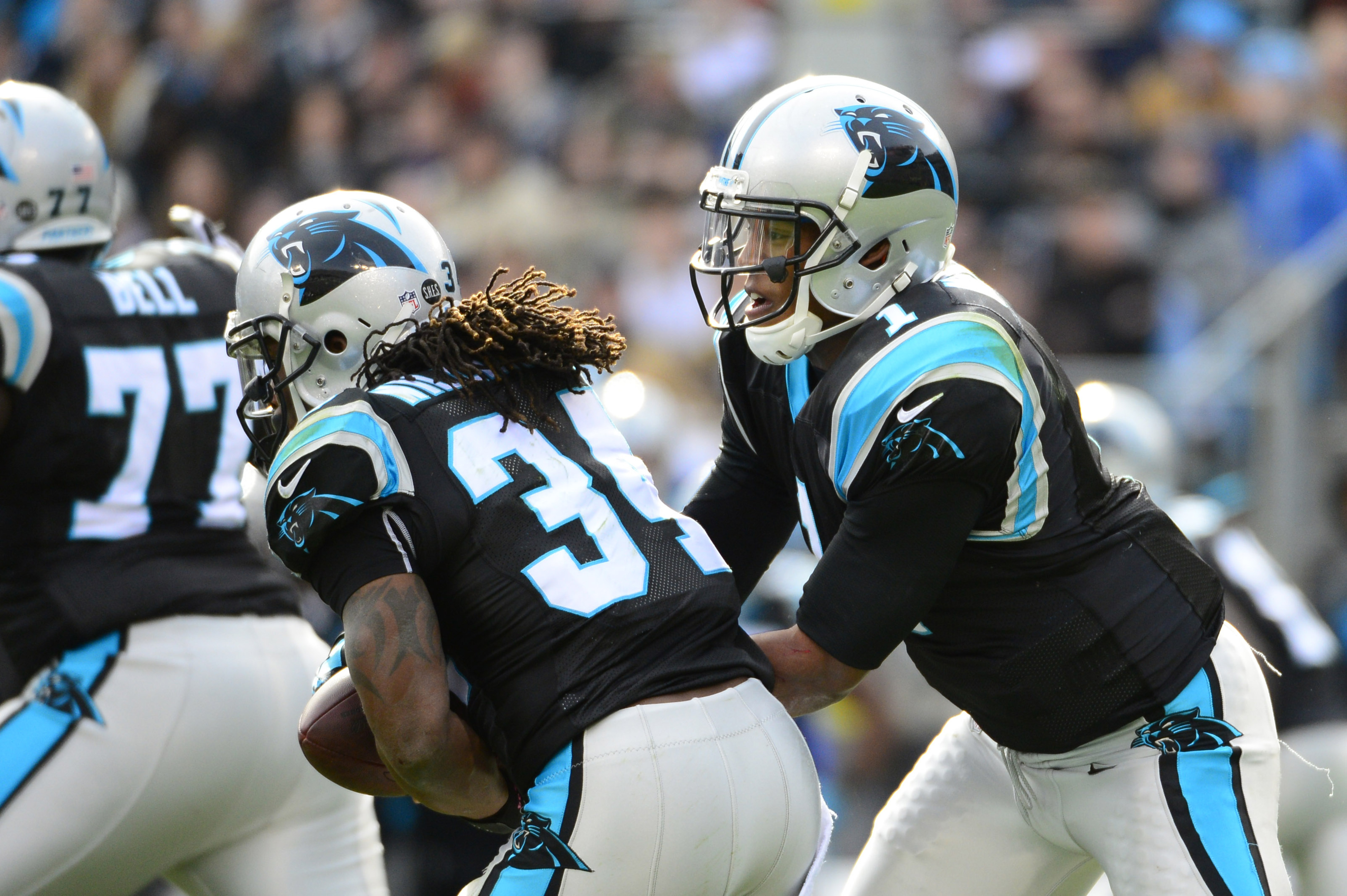 With the rise of quarterbacks that can pass and throw at a high level in the NFL, like Colin Kaepernick, Russell Wilson, Cam Newton, and Robert Griffin III, various teams have adapted the read-option into their respective offenses. Even though the Patriots only have one team on their schedule that frequently utilizes it (Carolina), they opened up practice with Tim Tebow running the read-option against the starting defense. Lining up in formations like the pistol, diamond, and basic shotgun formation, the defense started the early stages of learning how to defend the run out of those formations. Both defensive ends (Chandler Jones and Rob Ninkovich) took the assignment of picking up the quarterback, whether or not he handed off the ball. Tebow could become very valuable to the Patriots as a scout-team quarterback and we're starting to see it very early in summer practices.

Hightower, Spikes, and Collins stand out

Dont'a Hightower may have had a no-contact red jersey on today, but he was hitting during full-contact reps against the offensive line and running backs. There was a stretch of plays when he penetrated the backfield and would've blown up the running back had it been live-game action. Hightower's development from last season has been quite remarkable so far. He clearly has the ability to line up as an inside or outside linebacker, as well as a defensive end, much like he did at Alabama.

Brandon Spikes also had a strong day stuffing the run. This is to be expected from a player like Spikes, but it's still always nice to see it so early in camp. Spikes could potentially have the best season of his career since rookie Jamie Collins might spell him more often. Spikes is relatively weak defending the pass, so he will be able to focus almost entirely on run defense. Collins on the other hand has been moved all around the defense, as an outside linebacker, and an edge-rusher. If Collins is substituted during sub-packages for Spikes, the Patriots could have an absolutely fantastic duo this season. 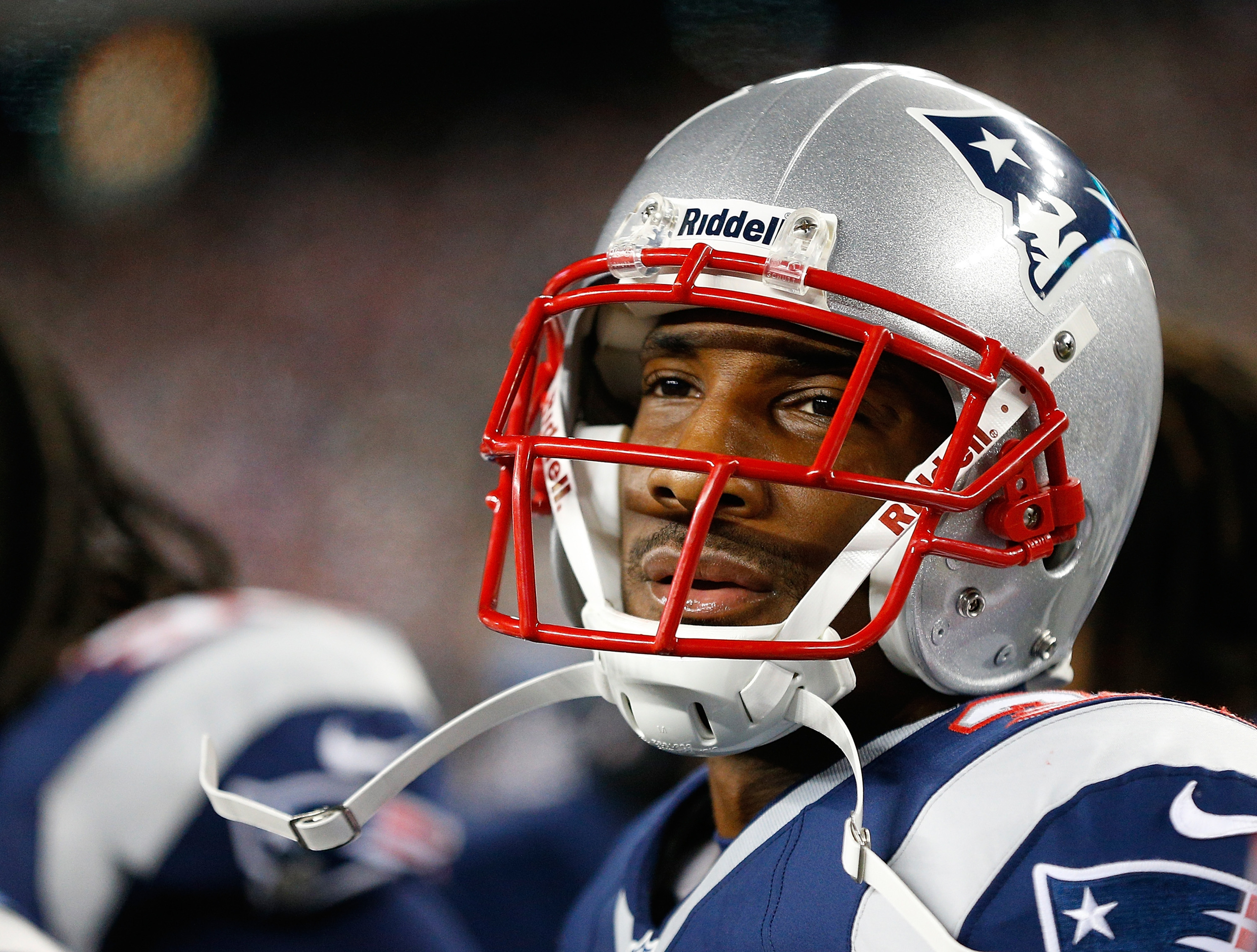 I'm constantly impressed by the work Aqib Talib has put in this summer. He has shutdown all of his opponents and even if a catch is made, he is there for the tackle. Considering this is a contract year for Talib, he might be putting in even more effort to prove that he is deserving of a lengthy contract extension. If he's able to continue at this level throughout the year, I fully expect him to receive one from a team.

I don't know if this was by design (why would it be?) but on field goals from 32, 34, and 37 yards, each attempt came close to being blocked. Respectively, Tommy Kelly, Chandler Jones, and Brandon Spikes almost blocked each kick. A block finally came on a 41-yard attempt when Adrian Wilson shot through and finished the play, cleanly blocking Stephen Gostkowki. Either there were problems on the blocking, or a player was set free to let holder Zoltan Mesko and Gostkowski deal with pressure on the play. Weirdly enough, on a long 49-yard attempt, Mesko received the snap and spun out to his right for a fake field goal pass to fullback Ben Bartholomew. 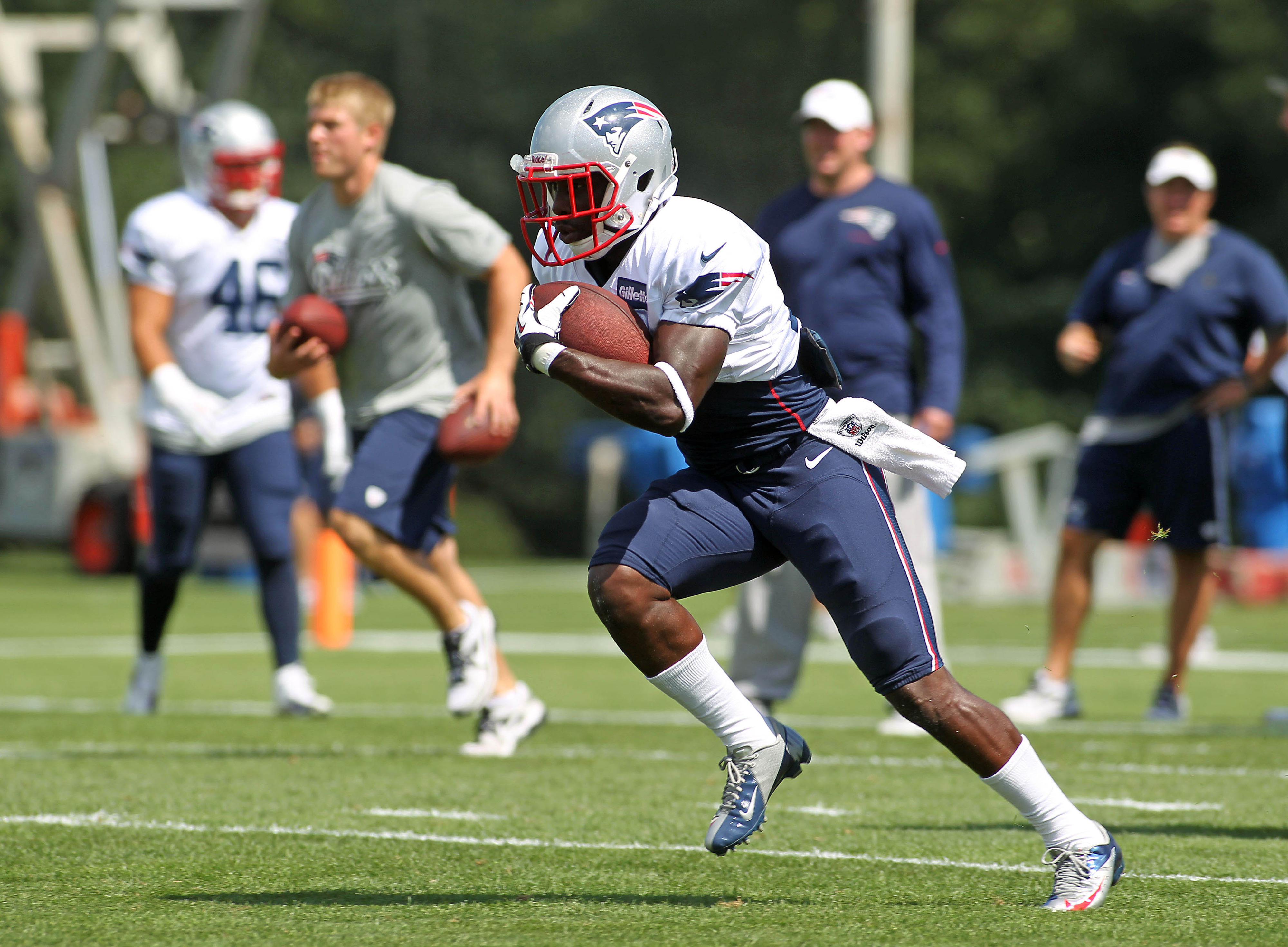 Leon Washington, Josh Boyce, and Kenbrell Thompkins are the players primarily lining up as kick returners. Matthew Slater, Shane Vereen, and LeGarrette Blount have spent the majority of the time as their lead blocker, respectively. Washington has made a living as a star kick returner and finishes each of his reps, much to the pleasure of the crowd. While it's hard to get a read on the performance of rookies Boyce and Thompkins, it makes me breath easier to not see a cornerback like Devin McCourty back there returning kicks. On a personal level, I much prefer offensive players as punt and kick returners.

At the end of practice, running back Stevan Ridley caught a ball out on the flat and was hit hard by cornerback Kyle Arrington. After the hit Ridley tossed the ball at Arrington and clearly said some words to him. Arrington and Ridley then exchanged shoves and practice was ended. This is nothing but two competitive guys tired of hitting each other; August 6th can't come soon enough when the Patriots face off against the Eagles during joint-practices in Philadelphia.

Mallett lines up at RB: just a body or Tebow in disguise? 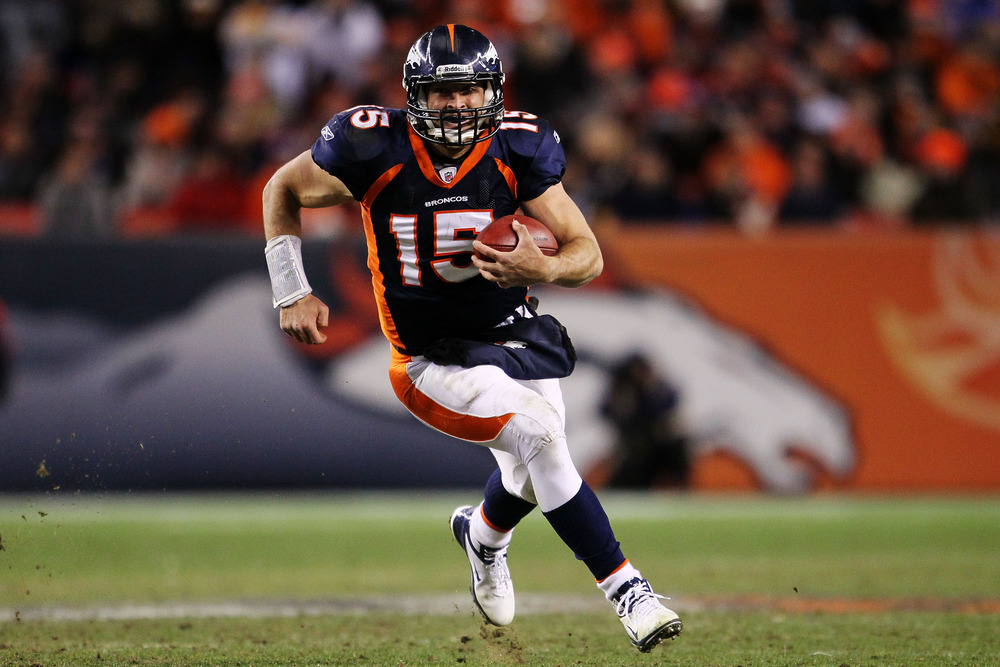 During dummy drills at the goal line (offense versus nobody), Tom Brady was playing quarterback and backup QB Ryan Mallett was lining up next to or behind him at running back. While Tim Tebow was practicing goal line plays at the end of the field, I thought it was peculiar to see Mallett lined up like this; he didn't receive any handoffs or catch any balls but he did run routes. I don't want to read into this too much but in all the years I have been to camp I have never seen this happen. There were plenty of players that could've easily played in Mallett's spot so it got me thinking... what if the Patriots had Mallett in that role to not make it obvious they have potential plans of using Tebow in goal line packages? Again, this is pure speculation, and Josh McDaniels recently said Tebow is only going to play quarterback. But since when have the Patriots told us what we want to hear?