Share All sharing options for: Five things to watch for in today's Patriots-Broncos AFC title game

Here are five things I'll be watching for in today's AFC Championship Game between the New England Patriots and the Denver Broncos:

Down goes the Champ?

Champ Bailey was once the most feared cornerback in the NFL, but he is now a shell of his former self after struggling with injuries at the age of 35. Since starting cornerback Chris Harris tore his ACL last week, the Broncos will now be forced to play the declining Bailey on almost every defensive snap. I expect the Patriots to stretch the field with either Aaron Dobson or Danny Amendola, and have Tom Brady take one or two deep shots against Bailey. I'm hopeful that Dobson will be able to play effectively, because his presence undoubtedly makes the Patriots far more dynamic offensively.

The Patriots have had more injuries to star players than any other team I've seen before, but fortunately, the secondary is now completely healthy. Considering they'll spend the majority of the time in sub-packages (three cornerbacks, two safeties, and two linebackers), it'll be interesting to see if they handle the Broncos the same way they did earlier this season. 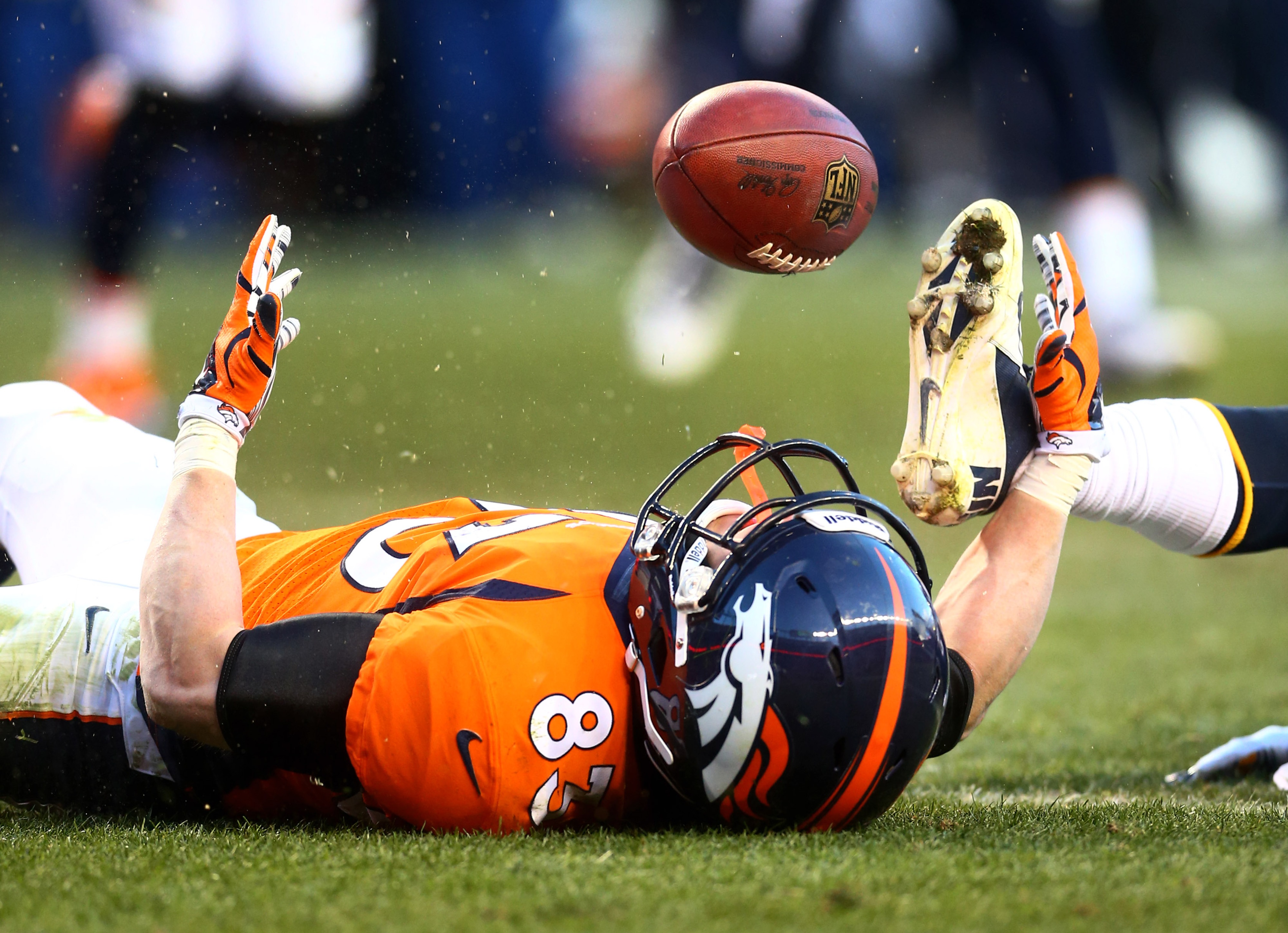 New England didn't double-team slot receiver Wes Welker like many other teams have in the past. Instead, they played a bit soft, allowing a corner to pass Welker off to a linebacker, who was playing a zone over the middle of the field. I expect the Patriots to take a comparable approach, and instead turn their attention to containing the homerun hitters in wide receivers Eric Decker and Demaryius Thomas. Aqib Talib will likely stick to Thomas, and Dennard will stay with Decker.

With that said, it puts an increased importance on a player like rookie Jamie Collins to keep tight end Julius Thomas in check. Thomas missed their last match together, but Jacob Tamme still shred the Patriots for five catches, 47 yards, and one touchdown. If Collins shuts down Thomas like he did Fleener this past week, it will all the Patriots' safeties to help on the true threats at wide receiver.

"Who?" That was one of the first questions fans probably asked themselves after the Patriots signed defensive tackle Sealver Siliga to the practice squad in late October. By mid-December, the castoff was an important cog on the Patriots' constantly improving defensive line. Even now, on the heels of the AFC title game, Siliga is still an unsung hero on the Patriots, despite deserving a large bulk of the credit for replacing the great Vince Wilfork.

Of course, Siliga is no Wilfork, but he has done a commendable job playing inside, as the Patriots have held two teams under 100 yards since his emergence five games ago. Last game, Denver gashed New England for 280 yards, which can't happen again if they want to win. It's no surprise that Siliga saw his role increase the week after that, and I expect to see the team do a much better job at stifling Denver's rushing attack.

The health of Ryan Allen

Since the Patriots decided against signing a punter this week, it's extremely likely that the injured Ryan Allen will play later today against the Broncos. There are two reasons why his health is extremely important: First, the field position battle. Of course, the Patriots would like to not punt once, but in event that they do, Allen's ability to pin the Broncos back will be necessary. Even though Stephen Gostkowski did an admirable job replacing him last week, there is no guarantee that he plays as well today. 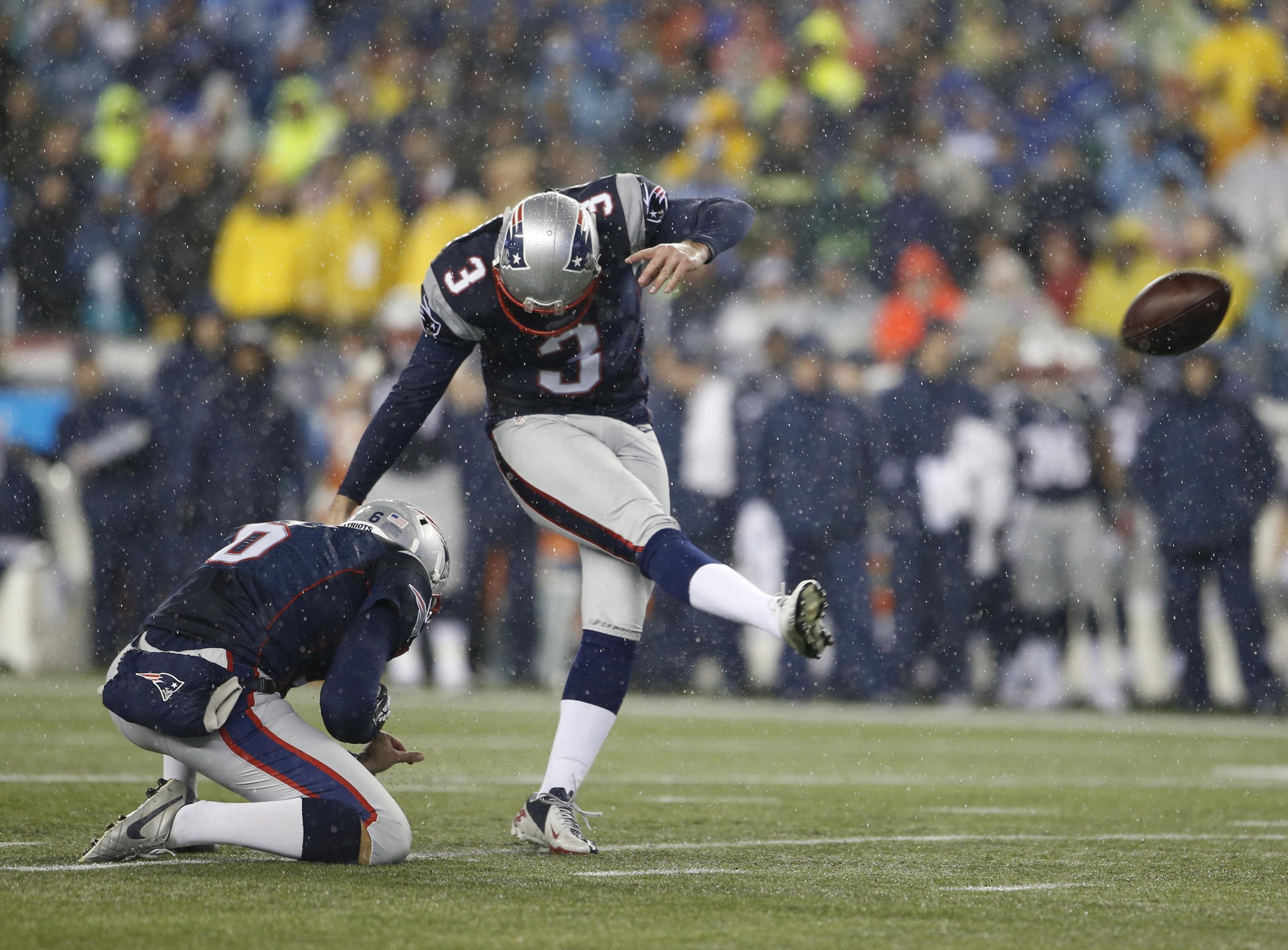 Secondly, and most importantly, is Allen's holding skills. Long snapper Danny Aiken has been shaky all season long but Allen has proven to be an elite holder, by catching a number of bad snaps and placing them down in time for Gostkowski to kick cleanly. But, if he can't hold due to pain in his shoulder, that puts the pressure on the inexperienced Tom Brady. If Brady holds, does that limit Bill Belichick's trust in attempting long-range field goals in the thin Denver air? Perhaps, which could be a game-changer.

Will the Patriots establish the run?

I'll admit, I think time of possession is an overrated statistic, but it's still a good byproduct of a successful rushing attack. The past three weeks the Patriots have dominated on the ground, finding success every single week with the three-headed monster of LeGarrette Blount, Shane Vereen, and Stevan Ridley. I've got a feeling we'll see the Patriots come with a similar approach early in today's game, before opening up the field with the pass closer to the half.