Share All sharing options for: The New England Patriots are fortunate to be in a best-case scenario

The NFL Wild Card playoff games were a pleasure to watch this past weekend for all fans, and I can't help but think that the results were a best-case scenario for the New England Patriots. In my opinion, every opponent that had favorable matchups against the Patriots lost their game, and this could be crucial going forward.

The weekend kicked off with an epic 28-point comeback win by the Indianapolis Colts over the Kansas City Chiefs; and Sunday, the San Diego Chargers took care of business against the Cincinnati Bengals. Of course, the Patriots will face the Colts this Saturday, and I consider this to be an advantageous situation. 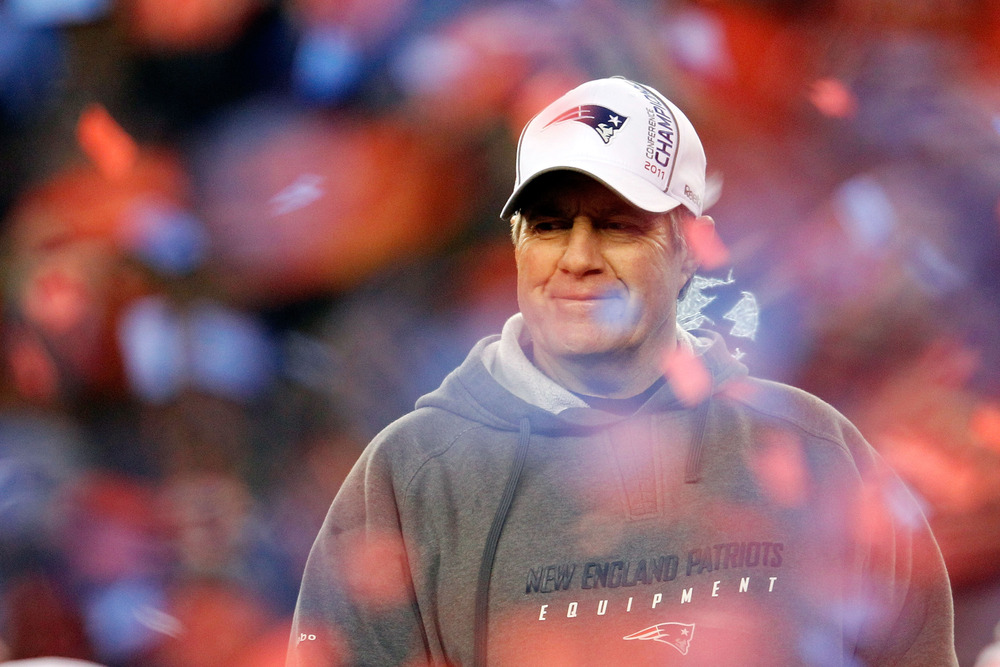 Over the years I have learned that when assessing an opponent, you should consider the possibility that they play their best possible game. After all, that's what Bill Belichick preaches all season long to his players, and that's why I don't shake my head and chuckle when he talks about all the good things "bad teams" do in the NFL. In other words, you must always expect the best from your opponent.

The matchup that matters most

So, when comparing Kansas City, Cincinnati, and Indianapolis, I think the Patriots came out with the best possible matchup with the Colts. Offensively, all three squads are pretty similar in terms of explosiveness when they're playing at their best. The Bengals have intimidating weapons in A.J. Green and Giovani Bernard, the Chiefs do with Jamaal Charles and Dwayne Bowe, and the Colts do with T.Y. Hilton and Donald Brown.

Even though the Colts' Andrew Luck will likely be an elite quarterback someday, the difference between he and KC's Alex Smith is negligible this season. Of course, they both outperform the Bengals' Andy Dalton.

But even strictly looking at arguably the two best skill-position players and the quarterback on all three of those teams, who scares you the most? Well, not the Bengals, since Andy Dalton holds them back. I'd argue that the Chiefs presented the most difficult matchup with their ability to successfully attack all dimensions of the field with someone like Jamaal Charles. The Colts' only true big play happens when Hilton gets behind the defense, and I'm sure the Patriots will do everything they can to contain him.

Enough about offense though, what about the defenses? Haven't the Patriots seen their seasons end with losses the past five playoffs because of their inability to score against superior defenses? Yes, not to bring up depressing memories, but the Pats average only 15.8 points in their past five losses in the playoffs, when they averaged 32.6 points per game during those entire seasons.

Sure, the players on the Patriots have drastically changed, even since last season, but anytime they have lost it's because they have faced defenses that had the ability to stop Tom Brady and the offense.

That's why it's perfect that both the Colts and Chargers won. The Chiefs, when they're on, have one of the best defenses in the NFL, and the Bengals have a pretty good one too, despite losing Geno Atkins to a season-ending injury. On the contrary, the Colts, even at their best, have a mediocre defense. Besides the outstanding pass rusher Robert Mathis, there are no true game-changers on the Colts' defense.

If both teams bring their âA' game, I can't see the Colts stopping the Patriots' offense. Brady is far too great of a quarterback to be limited by them, despite having weaker weapons than he has had in the past few years. On the other hand, there's a chance that either Kansas City or Cincinnati could've bottled up the Patriots, just like in their Super Bowl losses to the Giants, and playoff losses to the Ravens.

Fortunately, the Patriots are matched up against the Colts, who have the weakest defense out of all their potential playoff opponents. And if you ask me, all three of those offenses are comparable enough to call it a wash. Patriots fans should be thankful that Kansas City blew it versus Indy, and that Philip Rivers and the Chargers outplayed Dalton and the Bengals. 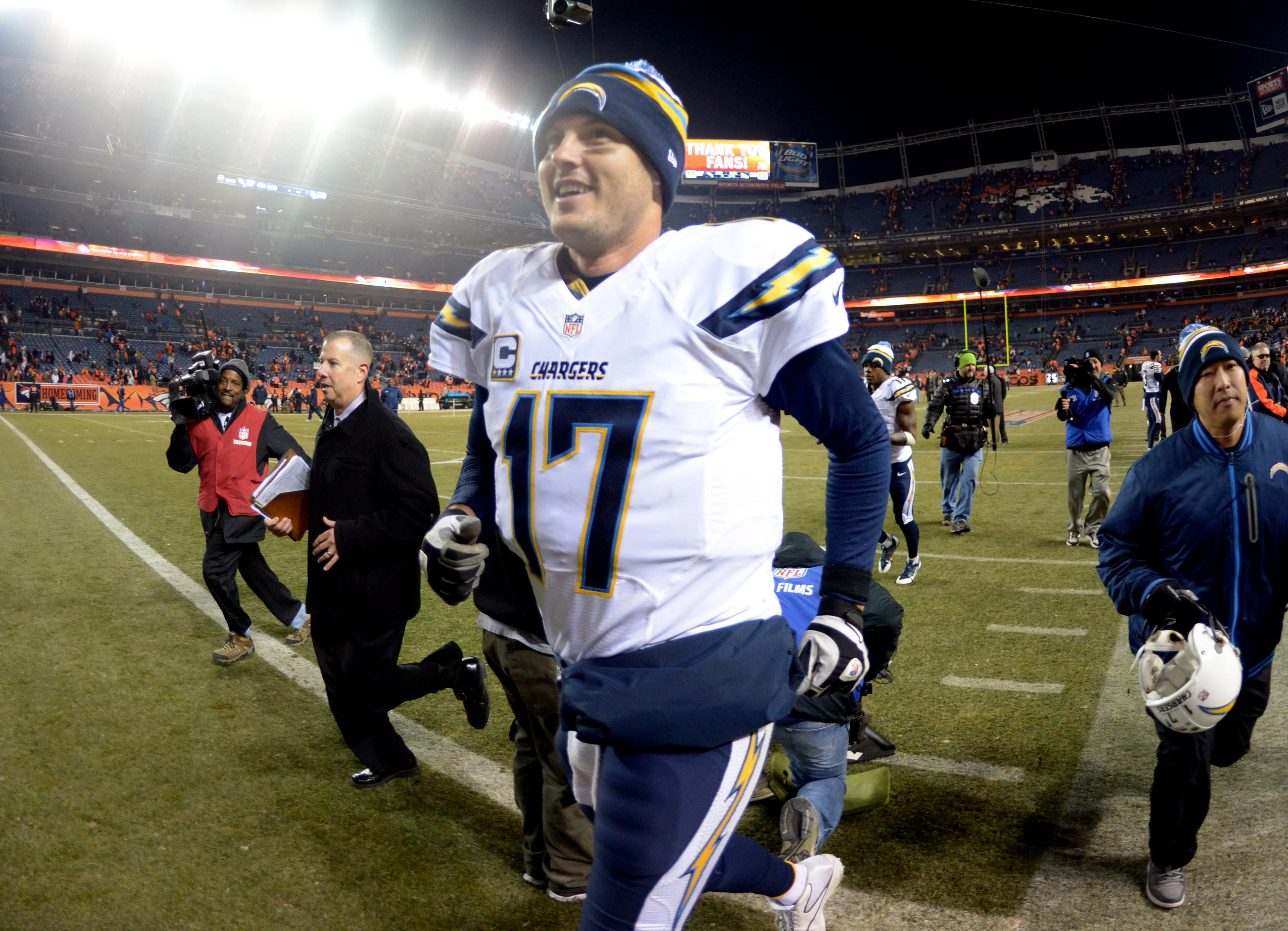 The San Diego Chargers will storm into Denver on Sunday as they look to win their sixth straight game to continue their "Cinderella" playoff run. On December 12th, the Chargers had to get a win on the road and did so, defeating the Broncos, 27-20. Rivers and the Chargers lost their other game against Denver, 28-20, but still competed late into the fourth quarter.

San Diego has already proven that they can compete with and defeat the Broncos, whereas the Chiefs got pounded twice by Peyton Manning and his plethora of weapons on offense. In two games, Kansas City was outscored 62-45, which made me doubt their chances of beating them in the playoffs.

This is important if the Patriots win, because if the Chargers upset the 9.5 point favorite Broncos on Sunday, New England will be presented with a distinct home-field advantage in the AFC Championship Game. Since Gillette Stadium opened in 2002, the Patriots hold the NFL's best home record of 91-18, including the playoffs. New England will host its fifth AFC Championship Game in the past 11 years if everything goes according to plan.

Glancing at the NFC

It's not worth putting too much thought into potential matchups with NFC opponents, but the winners from Wild Card weekend, in my opinion, are favorable in the event of a Super Bowl matchup against New England. I though the Philadelphia Eagles could've presented problems against the Patriots with their dynamic attack of Nick Foles, LeSean McCoy, and DeSean Jackson. Plus, their defense took drastic positive strides throughout the season, despite a weak secondary.

The New Orleans Saints might have Drew Brees, but the Patriots have already proven that they can beat them. And does anyone really fear the Saints playing in potentially freezing snowy conditions in the Super Bowl? I don't.

Though the San Francisco 49ers are more talented overall than the Green Bay Packers, I still think the quarterback/head coach combination of Aaron Rodgers and Mike McCarthy is better than Colin Kaepernick and Jim Harbaugh. Fortunately, there is no chance the Patriots see Rodgers in the Super Bowl.

As I said, it's important not to put too much time into reviewing any potential Super Bowl matchups, unless the Patriots get there. It's just worth noting that some more difficult opponents have already been eliminated.

After Rob Gronkowski tore his ACL one month ago, I wrote that Patriots fansÂ shouldn't give up on the season because you never know what can happen. Whether or not the season ends in an exciting Super Bowl win or a heartbreaking loss, you have to do everything you can do enjoy the journey leading up to that point.

Considering how the season has ended, and the playoffs have begun, you've got to wonder if the stars are beginning to align. Once again, Tom Brady, Bill Belichick, and the New England Patriots are in the NFL Playoffs, and have a chance to win another Super Bowl. Enjoy it.